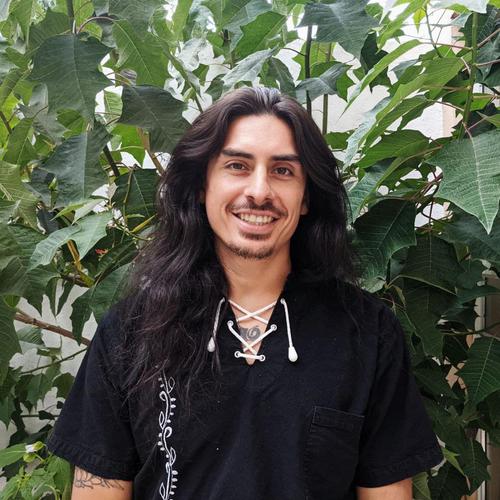 Derrick has been working as a journalist, author, activist, and filmmaker for over a decade.

Talks covered by this speaker

Watch at your own pace, support community growth and receive more than 25 bonus gifts from speakers! Permanent Streaming + Download from $99.99

Derrick Broze is a freelance investigative journalist, author, activist, and permaculture student originally from Houston, Texas, now living in Mexico. Since 2010, Derrick has used his voice and his life to shine a light on causes and issues he believes are being ignored. In 2012, Derrick began participating in the alternative media and teaching himself the tools of investigative journalism. In 2013, he founded The Conscious Resistance Network, a journalism outlet focused on exploring the intersection of investigative journalism and spirituality. In 2015, Derrick began publishing books, including The Conscious Resistance trilogy, The Holistic Self-Assessment, How To Opt Out of the Technocratic State, and an upcoming biography of Samuel E. Konkin III, founder of Agorism.

Beginning in 2016, Derrick ventured into the world of documentary film, by researching, writing, and narrating a dozen documentaries ranging from mini-documentaries to full length productions. In 2020, he released his widely seen The 5g Trojan Horse, exploring the dangers of 5g and EMFs, and the corruption within the FCC. He is currently releasing a 17-part documentary series called The Pyramid of Power.

Derrick has been a long time proponent of the concept of Freedom Cells and is co-founder of The Freedom Cell Network. He has helped grow the online network to more than 25,000 people worldwide. Derrick is also the co-founder of The Greater Reset Activation, a solutions focused event providing opportunities for pushing back against the Great Reset agenda.

Your logo could go here!

If you'd like to get your brand in front of attendees following the categories this speaker is talking about (on this page, via email and during each talk) contact us.

We use cookies This website (and some of its third-party tools) use cookies. These are important as they allow us to deliver an exceptional experience whilst browsing the site.